Signs your PC is Outdated!

Using old systems can prove to be problematic as it increases bottlenecks in workflow, efficiency, and costs.

A lot of times, most of us learn to live with the odd characteristics of our PCs to the point of embracing its errored impulses. We know which parts work, which parts don’t, and when we need to wiggle the USB plug to make it connect properly. As a result, we often struggle on with machines well past their abilities due to the constant ongoing of updates and the newest latest and greatest. Here are some signs that it’s time to upgrade your technology.

In the past, new adaptations of operating systems were not a priority for many PC users. You’d get a major new release every three or four years, you’d pay to install the software, it would change — then “break”  things causing systems to malfunction, and as a result people would often stick with the outdated operating system that was installed on their computer when they bought it. Windows XP way outlasted its natural lifespan for this exact reason. Things work differently now. Apple is already well established in a program of annual updates to OS X, and Microsoft is on its way.

Windows 8.1 was part of the transition to more frequent system updates, but now Windows 8.1 will be obsolete; Windows 10 is the most recent so that’ll be the way to go. Windows 10 is the most recent, up to date operating system ensuring that you won’t run into any problems. With Windows 10, updates are more important and desirable than ever. Every year, you’ll get an update that fixes bugs and adds new functionality. Along with each update there will likely be an increase in the minimum hardware specifications required to run it (generally, you need much more than the minimum specifications to run it). Sooner or later, your computer will no longer be able to handle these tasks.

You Can’t Run Apps and Games 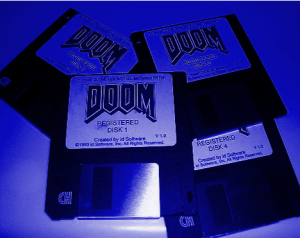 Everyone knows that PC gaming is an expensive business. No matter how hard you try to future-proof your PC, there will always be something that needs upgrading soon. You’ll eventually need to just bite the bullet and get a whole new machine. But it isn’t just games that will test an exhausted PC. Professional apps such as Photoshop have modest minimum specs, but need far more to work at a mediocre level of performance. (For example, 2Gigabytes is the minimum RAM, but Adobe needs at least 8Gigabytes.) Mainstream apps like the new Microsoft Edge browser require a PC capable of running Windows 10. Even streaming Netflix in 4K needs not only a fast Internet connection, but hardware capable of playing it smoothly.

Your PC is crawling at a snail’s pace…

Slowness comes in different variations but you’ll know it when you see it. Does your PC take forever to start up, only to grinds to a complete stop,  and when you have more than 10 tabs open in your browser, and you can type a full sentence before a single word appears on screen. Some of these problems can be alleviated to an extent by giving your computer a thorough cleaning. But software solutions to hardware problems can only take you so far. When things that used to work no longer do- you know you’re fighting an uphill battle.

You Can’t Connect It To Anything

Nothing ages a computer faster than other, newer, gadgets you want to use it with. Things like: your huge new monitor, a superfast router, an accessory with a fancy new USB plug- the list goes on and on. There are usually stubborn bottlenecks that force you to find temporary solutions, slower speeds and adapters that function like they have two left feet, but nothing beats having support along with having all the substance needed built right in.

If your hard drive is running low on space, and you and see that the RAM is all in use when you’ve only got a couple of apps open, and that the CPU usage is routinely hitting an all time high, then that’s a big red flag that you’re reaching the limits of what your PC is capable of doing. We suggest having a backup such as GCS Backup or getting an external hard drive and some more RAM added. If the need occurs for us to manage your devices, once we start managing them, an upgrade won’t be far off as a general policy for us to bring your systems up to par.

Over the test of time, a PC becomes much louder than it was at the beginning. Turn it on and you can hear the hard drive creak into action like a floorboard in a scary movie. When your systems sound like they’re grinding or clicking-that indicates potential impending doom of hard drive failure. If you can hear one of these in your computer, FIX THAT RACKETY PC A.S.A.P! So now, your rackety PC fan gets louder and louder; the CPU is working harder than its used to, or there are problems with overheating, or the fan itself is about to die on you. New, unexpected noises are often a bad sign. Throw in a few other physical issues — a dented laptop, crooked loose ports, dead battery that never charges — it’s time to walk on and upgrade- QUICK!

Are your Apps crashing every time you blink? Does your network keep dropping the Wi-Fi? That virus issue you thought was fixed just reappears and your PC just completely freezes. You get  two options: the annoying spinning signal of impending Death on a Mac, or the far worse the void that is the Blue Screen of impending Death on Windows. Over a certain time span, the performance of any computer will fall into degradation – even Macs are not safe. Years of not properly uninstalling apps can leave your PC hoarded with files that are no longer needed. To make it worse, the PC is long since out of warranty, so you’re on your own. Computers don’t live forever, and before they reach the inevitable end, they become more trouble than they’re worth.

Some of the issues you will encounter with your computer can be fixed just by upgrading specific components, like the battery or hard drive. But- you should weigh up the cost of upgrading a single part compared to buying something totally brand new. Usually, it’s easier and more cost effective to just upgrade to a new PC altogether. There will always be a bottleneck somewhere in the system. If your computer is still fairly new and healthy, then adding a bit more RAM is a simple way to give it an instant boost. Eventually you’ll come up against something that cannot be resolved, or is just not worth trying. When the need to upgrade occurs, keep in mind that we provide excellent options for brand new PC’s; we also build new Servers! With GCS, you’ll only get the best.