Are You Being Tracked Via Amazon? 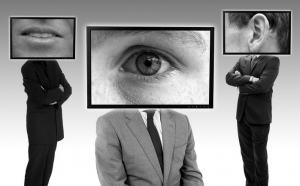 Recently, it has been reported that consumers are being tracked by Amazon. In this day and age, it comes as no surprise. Have you ever experienced a time where there was something you had in mind that you were interested in purchasing, only to find ads that matched what you were looking for? Amazon, a company that has been considered trust-worthy thus far, has now crossed a blurred but shifty line between personalization and “keeping a watchful eye” on you.

One family who were frequent users of amazon discovered something quite controversial. Usually, when you can’t find something at a retail store, it seems only natural  that you can search for it and find it on Amazon. What’s not to like? The service is excellent and shows up at your door in no time! But with anything that sounds “too good to be true” there is almost always a caveat. This family was subscribed to Amazon Prime, which includes getting free shipping, prime deals, and the option for Amazon Prime Video. This household also constantly asked Alexa to tell the news, or to play music from their Amazon Music playlist. A couple of days ago, the woman of this family began complaining  to her husband that when she went online to different websites to buy something that Amazon didn’t have, (a special kind of outdoor plant potting stand) she said that while she was on competitive sites, popup ads began appearing from Amazon, one after the other, with pictures and prices for Amazon’s outdoor planting pots and stands. She was both confused and disturbed; It’s as if she were in a store with someone spying on her and stalking her, refusing to take “no” for an answer.

She explained that she was now angry at Amazon, and was planning to use them only if she absolutely had to and had no other choice. Think about that- How could Amazon even KNOW or have the slightest idea when she was on a competitive site and what she was shopping for? How is this possible?

Now, a story broke on the Ad Age website, and has confirmed this woman’s suspicions. Apparently, Amazon Assistant browser extension, enables Amazon to track all of your web activity in real time. It was reported that Amazon was giving incentives; people would receive a $10 coupon if they installed the amazon browser. Unbeknownst to this woman, while she was completing a different set of transactions on Amazon, she must have accepted one of those coupons. She says she doesn’t recall ever installing anything, but  just clicking a button or two to collect the Amazon credit, which she originally thought was associated either with an item return request she had just submitted or a purchase she had just made.

The family has since un-installed Amazon Assistant from her computer and do not plan on using it again. If you should ever find something suspicious on your PC that doesn’t seem quite right, don’t hesitate to give us a call; we’re happy to look into it and help. As El Paso’s leading Managed Service Provider, we specialize in protecting against and handling cyber security threats.